It’s been awhile, lately I have been revamping my blog including a new background and an about me section which everyone told me is a definite must have for bloggers. It’s a tad bit generic right now but does include a broad overview of the person behind the blog post.

This blog post will feature the book many have been raving about the recently released the beautiful Ashes by Jeaniene Frost the first book in the broken destiny series. 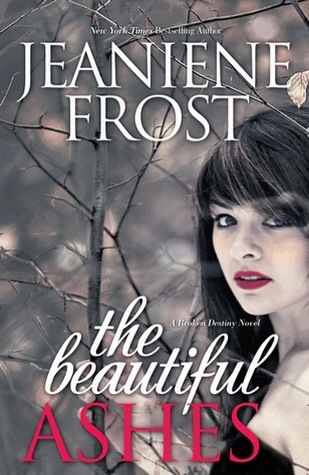 Book Blurb
In a world of shadows, anything is possible. Except escaping your fate.

Ever since she was a child, Ivy has been gripped by visions of strange realms just beyond her own. But when her sister goes missing, Ivy discovers the truth is far worse—her hallucinations are real, and her sister is trapped in a parallel realm. The one person who believes her is the dangerously attractive guy who’s bound by an ancient legacy to betray her.

Adrian might have turned his back on those who raised him, but that doesn’t mean he can change his fate…no matter how strong a pull he feels toward Ivy. Together they search for the powerful relic that can save her sister, but Adrian knows what Ivy doesn’t: that every step brings Ivy closer to the truth about her own destiny, and a war that could doom the world. Sooner or later, it will be Ivy on one side, Adrian on the other, and nothing but ashes in between…

Frost is a very well known author but this was actually the first book I read that was by her. I received this book during the BEA months ago and was actually waiting for the release date to giveaway copies of this book more specifically two the details of which can be found at the end of is blog post. I must say I had mixed feelings about this book, I somehow just wished during it that it was longer and more details about the characters were included. I feel like even though this is the very first book in the series I never really got to know Ivy outside of what was happening in that moment. I must say the entire novel reminded me of an episode if Supernatural a series which I LOVE but I felt like I wanted more description if the characters individually even the moody Adrian. In ever book I always feel like I fall in love with the books heartthrob a feeling I didn’t get as he was described and big burly, moody and just a man with many secrets which I found to be a definite turn off with this book.

Overall though the fight between angels and demons along with the heartthrob is a great idea in concept and perhaps the second book in this trilogy will provide more details in the characters and leave me with that wonderful satisfied feeling.